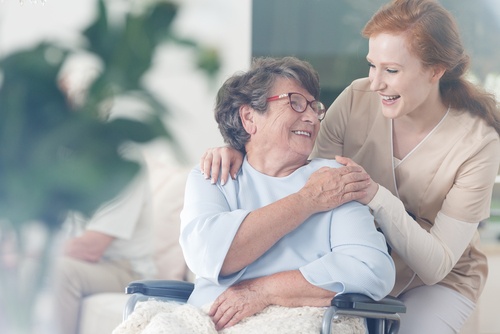 Julie is a 5 year old patient who suffers from a chronic illness that has required a treatment plan to be administered continuously for the past year. Julie had been on a specific injection therapy for a period of time, and her treatment had been going fine, with minimal adherence issues or side effects. Recently, Julie’s parents went through a change of insurance and learned that their new insurance had denied coverage of Julie’s current injection therapy. The insurance company stated that the patient would need to try out an alternative drug first and prove it was unsuccessful, before being approved for the injection therapy she was currently using.

Julie’s parents were willing to try the new brand for their daughter’s treatment, but unfortunately, right from the get-go, they started to have trouble with this new therapy. New storage requirements coupled with a different injection device, created an even more difficult situation for parents who were already taking care of a chronically ill child.

Julie’s mom had reached a breaking point and reached out to their Pharmacy Liaison at their local hospital specialty pharmacy for support and advice. She explained to her Liaison how uncomfortable and uneasy Julie became whenever she would receive the new injections, in stark contrast with the prior medication which Julie was able to tolerate. Sensing the exasperation and pain in the mom’s voice, their Liaison reached out again to the insurance company to see if there was anything she could do. Unfortunately, after much prodding around, the best answer the insurance company gave the Liaison, was that after the patient’s next visit to their physician’s office, if there was evidence of the new therapy’s ineffectiveness or any detrimental side effects, then the insurance would consider coverage of Julie’s previous therapy.

Julie’s mom received a call back from the Liaison at the hospital and was informed of the insurance company’s response. Although she was disappointed, she was somewhat understanding of their decision and began to brace herself for the difficult road ahead.

A few weeks passed and the Pharmacy Liaison reached out to Julie’s mom to schedule their next prescription delivery to the house. She admitted to the Liaison that the difficulties had only gotten worse and it had gotten to the point where her and her husband needed to hold their daughter down to give her the medication injections. During their conversation, Julie’s mom sounded truly heartbroken that she had to put her daughter through this pain in order for her condition to improve. Her Liaison noticed that their next office visit was still over a month away and couldn’t bear to put Julie and her parents through this misery for even just a few more days. The Liaison was determined to get her patient back on her previous medication. She once again filled out a prior authorization form, including detailed notes about each discussion with Julie’s parents so that the insurance company would understand the gravity of this situation. Shortly after the Liaison submitted the paperwork, she received a notification back from the insurance company, telling her that they would now cover Julie’s previous medication instead.

Feeling a sense of relief, the Liaison immediately checked her patient’s profile and saw that she had a refill of her previous therapy still on file and quickly got it filled for her. She notified Julie’s mom to inform her of the good news. Julie’s mom immediately began crying, overcome with relief and happiness that she wouldn’t have to put her daughter through this anymore. Julie’s mom told the Pharmacy Liaison that she was their hero and couldn’t thank her enough for helping her family and advocating on behalf of her daughter.