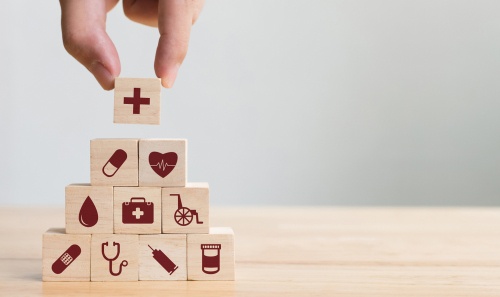 Earlier this week, a patient, Henry, was transferred over to his hospital specialty pharmacy to fill all of his medications going forward. When presented the opportunity to utilize the services of the hospital specialty pharmacy, Henry felt a wave of relief. Previously, he had used a local retail pharmacy for his medications but soon realized how lost and overwhelmed he felt in managing his treatment.

Henry has quite an extensive medication list and often found himself going to his local pharmacy 3 or 4 times a week to pick up his refills. These frequent visits became a struggle for him, and since he didn’t have reliable transportation to get back and forth from the pharmacy, he ended up having to pay his friends for rides. His unpredictable transportation became such a big issue for him that he would regularly have to make the decision to either pay for a meal, or pay for a ride to the pharmacy several times a week. Henry told his pharmacy liaison that the team at his previous local retail pharmacy, really tried to help him get on some type of monthly auto refill schedule. While this effort was intended to help him, he explained to his liaison that the pharmacy would end up refilling his prescriptions too early every month, leaving him with, at one point, 3 months’ worth of medication in his medicine drawer. With all this excess medication, Henry felt he couldn’t manage his medications and became so defeated, that he threw all his medications away.

After such an overwhelming experience, Henry felt reassured after he was able to meet with his new pharmacy liaison, who spoke with him in the exam room after his first appointment with his provider. Henry’s liaison explained to him all the services the hospital specialty pharmacy could offer him, which could make his medication refills so much easier and more manageable. Henry was so grateful and appreciative that his liaison spent so much time with him to go through and make sure all of the right medications were being filled and that they would be ready at the proper time for him each month. It was also such a relief to learn that he could have all of his medications delivered right to his home, so that he never had to choose between his next meal and having access to his medications. Henry’s liaison shook his hand and gave him his card. Thankfully, all of Henry’s medications were delivered to his home this week, and he will no longer have to worry about the stress and logistics when filling his medications in the future.