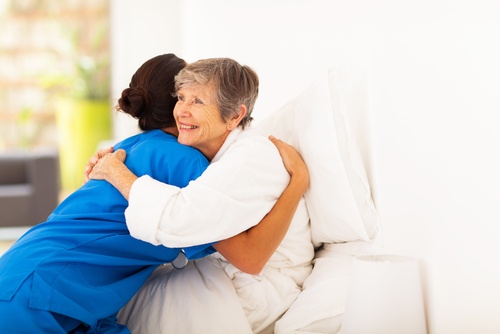 Thomas, a patient suffering from a long term chronic illness diagnosis, has managed his condition for most of his adult life. He also lives with a slew of other mentally destabilizing illnesses, which leads him to rely heavily on the services he gets from his big national brand pharmacy to keep him on track with all of his medications. When a Patient Liaison from his local hospital reached out to him to begin his new medication, he explained that, since he is taking so many medications he still wants to keep all of his other medications at his national brand pharmacy because he was used to it and that was part of his routine. His Liaison completely understood and did not want to disrupt his current routine, but explained to him that having all of his medications with one pharmacy helps the pharmacists and technicians stay on top of all of his medications and allow them to check for any potential interactions with the drugs that he’s currently taking. She offered the hospital specialty pharmacy’s services such as home delivery, refill reminders, and clinical pharmacist support. Thomas was very receptive to this idea because it meant having more a streamlined care process and better medication management for him. After hearing this from his Liaison, he told her that he wanted all of his medication transferred over to his hospital specialty pharmacy for better, more convenient patient care. Thomas now calls his liaison once or twice a week just to check in with her and make sure that he is on track with all of his medications. He speaks to his liaison like they’re old friends and he told his Liaison that he’s so glad he met her and that everyone in the pharmacy treats him so great! After transferring over to his hospital specialty pharmacy and using their services, Thomas finally doesn’t feel like he’s “just another patient” and looks forward to continuing a healthy lifestyle.