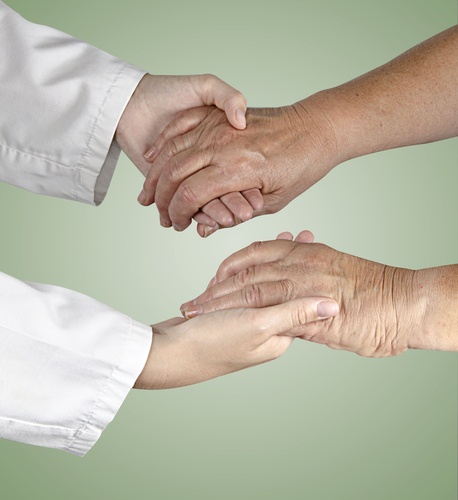 Recently, a clinical pharmacist, Kara, who is working with a hospital specialty pharmacy reached out to her patient, Sally, to check in. Sally expressed that she was doing quite well, although you could hear the degree of apprehensiveness in her voice when speaking about having to rely on medication for her newly diagnosed condition, Psoriatic Arthritis (PsA). She needed knowledge and a supportive place to go for answers. Whenever Kara calls her to check in, the two spend more than 30 minutes going through what Psoriatic Arthritis is and how Sally can fight it. Knowing that being educated and supported through treatment is a key aspect of successful outcomes and medication compliance, Sally’s pharmacist discusses with her the causes of autoimmune diseases and how this diagnosis can affect her overall function and well-being. To put things in perspective for Sally, Kara discussed the consequences of leaving PsA untreated, including it altering her functional status, undermining her self-confidence, increasing her cardiovascular risks, and causing deterioration of her joints. Sally’s pharmacist knew that treatment for a chronic illness goes far beyond treating only physical symptoms, but for diseases like PsA, the dermatology component can affect social and emotional levels as well.

While Sally wasn’t very keen on introducing a medication that she would eventually become dependent on to control her chronic condition, with Kara’s support, she remained 100% committed to her treatment. As time went on, her treatment involved learning how to self-administer injections on a weekly basis. Despite Sally’s fears of doing this on her own, she found comfort knowing she had a supportive care team of clinical professionals available as her go-to lifeline! Her clinical pharmacist would be there to provide meaningful support along the way. Sally felt assured that anything she was concerned about throughout her treatment, she could bring to and discuss with Kara and her team and that she would get all the answers needed from a trusted source. Kara and her team have integrated access into all of Sally’s medical charts, which allows her pharmacist team to eliminate any oversight errors by having another perspective at hand. Because of Sally’s optimistic outlook and 24/7 support from her clinical pharmacist, today, Sally doesn’t even feel like she has PsA or this “so-called” autoimmune disease, it’s simply a name on paper and a new box to check off under current medical conditions.

Being on her new, weekly treatment plan is giving her almost full functionality of her hands (roughly 90%), with her grip strength fully intact, and her plaques have virtually cleared! She feels confident in her decision to follow through with treatment, even though it may not be her favorite thing to do, because the benefits greatly outweighed the risks and the positive reinforcement from her pharmacist helped her push through her worries. Sally shared with her clinical pharmacist how grateful she was for the extra push of encouragement, which she truly needed to be able to fully commit to her treatment. Let’s face it, healthcare can be a dreary and gloomy reality, which is why her pharmacist didn’t want to rely on fear tactics as a means of motivation, because Sally was already facing an intimidating journey to begin with. Sally’s pharmacist was able to focus on her patient’s perspective and inspire behavior change by taking time to listen and to show her the bigger picture. Her pharmacist was able to utilize the patient’s “can-do” attitude in order to keep her engaged throughout her treatment and celebrating the patient’s successes through a positive outlook. Sally no longer has to hide indoors or lose her independence and can live a fulfilled life without her Psoriatic Arthritis holding her back.