In a Time of Need, It's All Hands On Deck 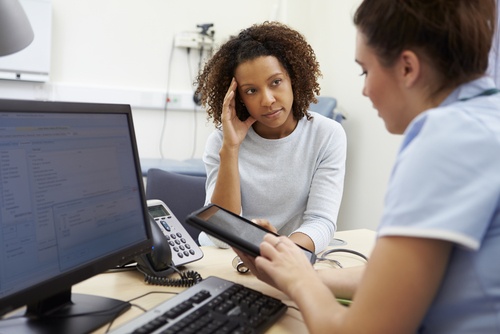 Steven, a chronically ill patient, woke up one morning to a serious problem: he had lost his health insurance and had simultaneously run out of all of his medications. Not knowing where to go for help, Steven frantically called his physician and explained the situation, hoping she would be able to figure out a solution for him. His physician immediately called the clinic pharmacy liaison and informed him of Steven’s lapse in coverage and the current predicament he was in. Thankfully, Steven’s pharmacy liaison sprang into action immediately and worked tirelessly with Steven’s case manager and financial counselor to reactivate his state health insurance for a temporary period of time. Steven’s pharmacy liaison spoke with him many times over the course of the week and communicated with him extensively about the status of his insurance coverage and medication refills. Steven was so grateful for the hard work his liaison, case manager, and financial counselor had all put in to make sure he was taken care of. While Steven waited for his health insurance to be reactivated, his pharmacy liaison was able to obtain 100% financial assistance for his medications for up to 3 months. Because of this, Steven would be able to fill his prescriptions at no cost and he wouldn’t have to stress about how he was going to afford all of his medications.

Fast forward a few days, and Steven’s insurance coverage was reactivated and the cost to refill his extensive medication list was completely covered by insurance and financial assistance. Steven can now quickly and easily fill his 16 different medications at his hospital specialty pharmacy, without any worry or stress, giving him more time to focus on the important things in life, and less time focusing on his chronic illness.