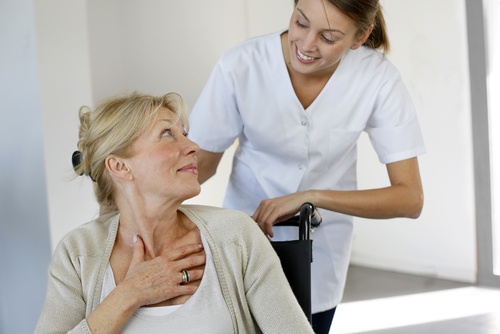 A few weeks ago, John, a patient liaison from a hospital specialty pharmacy, was able to follow up with a patient who had transferred his prescriptions from a mail-order specialty pharmacy earlier in the year. The patient was an older gentleman, who had a hard time remaining adherent to his medications in the past. The month before, in the hopes of helping the patient better follow his treatment plan this time around, John had prepped the patient’s medication order using the “Medicine on Time” blister packing. He was now due for this month’s refill, and once again, had his medication packaged in the blister packing. When the script was ready, John personally delivered this month’s refill pack to the patient to demonstrate how to switch out the color coded Medicine On Time blister trays. As John showed him the demonstration, the patient got very emotional and was so thankful for his liaison and how much easier he has made his life. The patient expressed that he had gone through so much in life and fully appreciated how much time the pharmacy liaisons take with their patients to understand their problems and answer their questions.

With tears in his eyes, the patient brought up moments in the past where he was so overwhelmed with the amount of medication that he was on, and felt “stuck” and helpless in his current state. John was touched and knew that even the smallest amount of time spent listening to a patient’s questions and concerns about their treatment, can help improve the patient’s outcome. John finished the demonstration for him and told him that he was more than happy to continue his care, as he shook his hand and left. About a half hour later, at the end of the day, John received a call from the patient’s son-in-law, who called to personally thank him for the level of care he provided his father-in-law and how much he had helped him during his treatment.