Care That Goes Beyond The Script 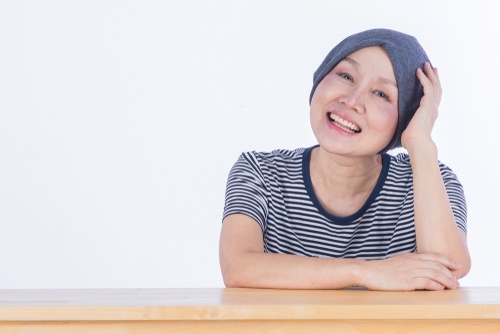 As a person who has had to manage a chronic illness for most of her adult life, Caroline, has been able to keep her condition in check through diligent management of her treatment and medications, as well as by maintaining a positive outlook. Unfortunately life has changed recently, as it tends to do. Caroline has come under a great deal of stress from her job, family responsibilities, and instability in her household, all while feeling like she doesn’t have anyone to lean on. These stressors began to weigh heavily on her, and due to her condition, this stress played a significant role in the exacerbation of her disease. As her symptoms began to worsen, Caroline felt hopeless and stuck with her chronic illness.

When Caroline’s clinical pharmacist called to check in on her last week, Caroline confessed to her the strain she was under in her personal life, and how it had spilled over and had begun to affect her well-being and had worsened her symptoms. Caroline’s clinical pharmacist could hear the worry in her voice, so they spent over 30 minutes on the phone together discussing various methods to decrease stressors in her life, including the need for her to have an outlet to express her feelings and being able to properly communicate to her family when she needed help and support so that they would be more aware. Later  in the phone call, Caroline’s clinical pharmacist discussed relaxation techniques she could incorporate into her routine, such as breathing exercises and more “me time” during the day, so that she could begin to have more control over her disease as well as her personal life. After discussing practical solutions with her clinical pharmacist, Caroline felt a flood of relief. She became quite emotional and apologized for expressing all of her feelings to her pharmacist, adding that she doesn’t have anyone beside her husband she can discuss this with.

Caroline mentioned she had seen a therapist in the past at her local hospital, but that she didn’t connect with her. She added that her physician has since left that health system, so she was at a loss of what to do. She explained to her pharmacist that she would like to see a behavioral health provider, but her health insurance wouldn’t cover it, since she has state insurance. After their phone call ended, Caroline’s pharmacist looked into 26 in-network providers for her and mailed out all the information to her, as well as advising Caroline to attend certain support groups specific to her condition. Caroline and her pharmacist scheduled a follow-up retraining appointment in a couple weeks to make sure she gets proper training techniques on how to manage her condition, ensuring that Caroline can finally move forward and live a life with more happiness and less stress!