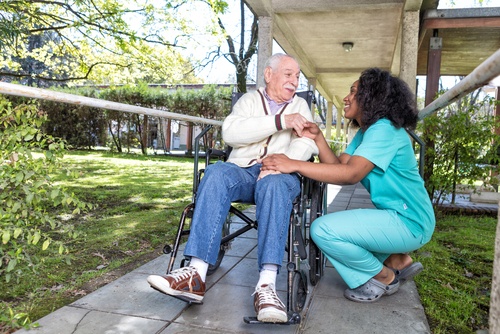 Jason, a teenager suffering from a lifelong chronic illness, attends a boarding school for nine months out of the year, while his parents live thousands of miles away overseas. Jason has spent the past few years learning how to manage his chronic illness while away at school and has become very independent. This summer however, he was planning to take a two month trip outside of the United States, but he knew figuring out the logistics of filling his medications abroad would be a challenging task. Per Jason’s insurance requirements, he has to fill all of his specialty medications through a large mail-order pharmacy. Knowing he could rely on his Pharmacy Liaison in his specialty clinic for support and assistance, Jason reached out to her and explained his current situation to see if she could help. To Jason’s surprise, his liaison immediately offered to get his medications ready for his trip even though he wasn’t able to fill at his hospital specialty pharmacy.

The liaison quickly reached out to Jason’s mom, who was unaware of the lapse of insurance and started to worry about how her son would be able to get his medicine while on his trip. She asked the liaison what the full out-of-pocket cost would be for 2 months of her son’s medication while he didn’t have insurance coverage. The liaison unfortunately had to inform her that the out-of-pocket cost would be over $12,000 for two refills. Jason’s mother panicked knowing that they could not pay this amount of money for his medication. She felt like she had no other options. The liaison told Jason’s mother that she would do everything in her power to help Jason get his medications so that he could go on his trip.

After their phone call, Jason’s liaison got to work and began researching other possible financial assistance options for their family. One of her first call was to the case manager for Jason’s brand name drug, but her effort was to no avail due to his insurance issues. After informing Jason’s mother of the many phone calls and attempts she had made to get Jason access to his medication for the summer, the mom decided that her best and only option at this point would be to enroll her son in coverage through the school’s insurance for the summer months rather than attempt to pay $12,000 out of pocket for his medication.

Jason’s mom expressed appreciation and endless thanks for the liaison’s hard work and time she put into solving this dilemma for her child. Jason’s mother recognized that her son wasn’t able to fill at the hospital specialty pharmacy and that even knowing that there was no profit or benefit involved in her helping, she went above and beyond to make sure Jason received the best possible care. She was so grateful for his liaison going out of her way to save their family $12,000 in medication costs and make sure Jason could enjoy his summer vacation.