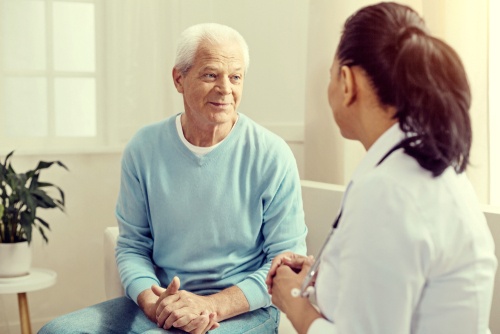 Jack recently visited his local hospital for his first appointment with his care team since being diagnosed with a chronic condition, and as a result, was now on a new treatment plan. During his visit, he met with a Pharmacy Liaison for the first time to determine next steps for filling his new prescriptions.  Jack spoke with his Pharmacy Liaison for a little bit, while she explained her role and the benefits that the hospital specialty pharmacy could offer him if he filled his specialty medications there, rather than a local retail chain.

Jack explained to his Liaison that since he worked five days a week, from 7am to 7pm, it made it very difficult to make it to a pharmacy to pick up his medications before it closed. He complained to his liaison that he often had to “borrow” medications from his friend in the past since he was too tired after work to make the trip to the pharmacy to pick up his own medications. His Liaison was very concerned after she heard this, since “borrowing” medications can lead to all sorts of patient safety issues. She was determined to remove this barrier, and to make Jack’s life a little bit easier. She asked if having his medications delivered to his place of work would be a better option for him. Jack enthusiastically said ‘yes!” His liaison took the moment to explain how the hospital specialty pharmacy’s delivery process worked; how she would follow up with medication refill reminders, and have 24/7 support should he experience any side effects or have any questions or concerns. Jack was instantly excited to get on board and join the program.

Feeling relieved that he would no longer have to worry about accessing his medication, Jack had one other, more immediate, concern as he revealed to his liaison that just a few hours earlier, he had tried picking up his prescription from his local pharmacy, but they had given him issues and made it impossible for him to refill his medication, and he had 0 doses remaining. Thankfully, his liaison quickly stepped in and the hospital specialty pharmacy was able to fill and send over his medication to his work place just a few hours later. Jack was impressed by the efficient service and spectacular care he received and is thankful that filling his necessary medications will be one less worry on his plate going forward.