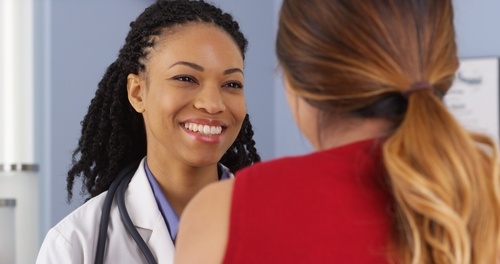 Lauren, a patient who recently underwent a major surgery at her local hospital, also struggles with Bipolar Disorder and Anxiety Disorder. She occasionally becomes overwhelmed with keeping track of all her medications, so she frequently keeps in touch with her provider and pharmacy liaison to update them on how she is doing and if she needs any assistance in managing her medications. During one particular phone call, Lauren told her liaison that since her surgery, her mother had been her primary support in helping her handle her specialty medications and making sure she took them on time. Usually, when Lauren receives her prescriptions from the hospital specialty pharmacy each month, she brings her bottles over to her mother’s house and her mom sets up one week’s worth of medication in Lauren’s pill box. She had begun to rely heavily on her mother so that she never missed a dose. Unfortunately, during a phone call with her liaison, Lauren shared that her mother’s health had been failing over the last few months, so she wanted to take on the responsibility of managing her own medications, so that her mother could focus on recovering.

Lauren and her liaison had been speaking each month for the past year and their conversations were always very thorough, but brief, since she had her mother write down the exact count of each medication she had and any pertinent dose changes. This month’s conversation, however, was much different. Lauren called her liaison a week earlier than she was due for her scripts, in a state of confusion and panic. She told her liaison that she would be managing all of her medications from now on and that she didn’t understand what her dosing was. Lauren’s liaison spent 25 minutes on the phone with her reviewing each medication and the current doses to help ease her anxiety. Toward the end of the conversation, Lauren expressed that she was very overwhelmed with not only trying to help her mom get better, but also taking care of herself and managing doctor’s appointments, medication changes, rides to and from the appointments, etc. Her liaison was very understanding of her current circumstance and offered to reach out to her physician to see if she could get someone to help alleviate some of her stress and anxiety during this transition. They ended the phone call with a scheduled delivery of Lauren’s medications to her home and Lauren wrote down her liaison’s phone number, just in case she needed any assistance.

After the phone call, the pharmacy liaison called Lauren’s clinic and explained that she was nervous that Lauren wouldn’t be able to take her medications on time and in the right way because of the hardship she’s going through. The clinic nurse quickly reached out to Lauren’s physician, who said he had a lot of experience with setting up his patients with in home help, which could really help Lauren stay on track with her treatment.

A little while later, Lauren received a phone call from her liaison, who told her that they were setting her up with someone to help her manage her medications and transition through this hard time. Lauren was so appreciative that her liaison took the time to really listen to her concerns and read between the lines to understand what she needed, in order to provide holistic care. Soon, Lauren will be on the right track to having complete control over managing her medications and health with little to no stress.